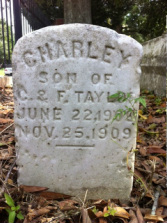 Officially dated to 1898, Sweet Olive was the first cemetery for African Americans incorporated in the Baton Rouge city limits.  The exact date that burials began occurring is unknown and is thought to be earlier than 1898.  From 1898 to 1912, Sweet Olive was owned and maintained jointly by two benevolent societies.  In 1912, the property was divided and was separately owned by the two societies until 1975.  It was at this time that the Sweet Olive board was incorporated as a nonprofit organization and became recognized by the Louisiana Cemetery Board.

Sweet Olive is currently 4.95 acres bounded by North Boulevard on the north side, Delphine street and Baxter Street on the east side, Louisiana Avenue on the south side, and South 22nd on the west side.  (Mahoney, Anne (2014), Nominating Sweet Olive Cemetery: Baton Rouge’s Oldest African American Cemetery and the Preservation Process of Urban Historic Cemeteries in Southeast Louisiana, M.A., University of Louisiana at Lafayette, United States of America). The two plots that the cemetery occupies on either side of America Street are identifiable as square 21 and 22 of the Fuqua and Lamon subdivision, which was created in 1871 (Conveyance Records, transfer from Fuqua to T. S. Jones, East Baton Rouge Parish Clerk of Court, Baton Rouge Louisiana, Original Bundle No. 24:48). 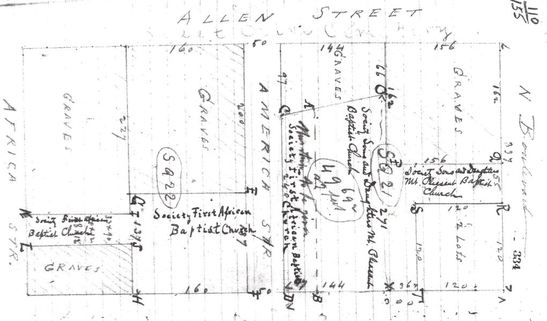 The years between 1905 and 1920 were full of turmoil for Sweet Olive and the benevolent societies, involving ownership debates and lawsuits as well as financial problems. They applied for financial help from the state in 1910, but were denied in an insulting notice in the Times Picayune and Daily State Times.

In 1925, an investigation into the cemetery by Dr. T. Jeff McHugh, city health officer, and Dr. G. W. Sitman, parish health officer, because of an anonymous letter claiming that “the man that is in thare [sic]” buries the people too shallow and sometimes two to a grave. (State Times, Baton Rouge, Feb. 7, 1925, pg. 9.) February 8, 1929, four years after the investigation started, G. W. Sitman, president of the East Baton Rouge parish Board of Health announced that Sweet Olive would no longer be used for burials.

In 1938, the residents of the neighborhood bordering the cemetery, "in the Ninth Ward of the Parish of East Baton Rouge," signed a petition to the district attorney to "prohibite further internment and burials in the Sweet Olive Cemetery"  because "said cemetery's facilities are taxed to overloading...it is a well established fact that burials have been and are being made upon that portion of said property which should be properly reserved for the construction of a sidewalk along said streets adjacent" (State-Times, Baton Rouge, La, Wednesday Afternoon, September 28, 1938, page 21). 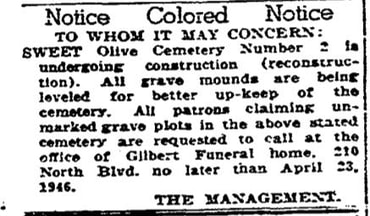